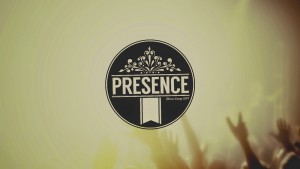 The throng of 109 youthful and energetic camp participants broke the silence and serenity of the Borneo Tribal Village as they arrived at the campsite. This year, our youth camp was held at a secluded village resort in the district of Bau, 40 minutes outside of Kuching. It was held over our Independence Day long weekend from 30 August to 1 September. We had 3 days and 2 nights of wonderful ministering, teaching, interest groups, games (Clash of Clans), and fellowship. 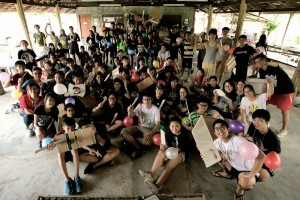 The Presence camp was indeed another defining camp for Ablaze Kuching. The resonating passage that inspired the leadership team was from Exodus 33:15-16.

Then Moses said to him, “If your Presence does not go with us, do not send us up from here. How will anyone know that you are pleased with me and with your people unless you go with us? What else will distinguish me and your people from all the other people on the face of the earth?”

We felt His tangible presence like never before. From the very first night, there were many challenges that tested the faith of the committee and the leadership team. First, there was a problem with the water supply. Then it started to rain very heavily (our hall was an open hall) and to top it all off, the power supply failed. It turned out that there was a power outage in the whole area of Bau. We left our tasks and we started to pray. To our surprise, we also saw a group of young believers gathering in another group praying along with us.

Our faith began to arise even though the rain continued to pour down heavily and with no sign of power coming on. God’s timing is always the best. Due to the power outage, we were able to enjoy great fellowship candlelight dinner. The rain stopped at the right time and the power came on just when we were ready to start ministering! On that very first night, we were taught on the “Understanding the Presence of God”. At the end of the teaching, words of knowledge were delivered. Many responded and were ministered to. But the goodness of God did not end there. The message of the gospel was delivered and altar call for salvation was given. On that very first night, 4 young ones responded to salvation’s call!

The next day, we started off with early morning devotion. God continued to surprise us on this day. Another young one accepted Jesus Christ as Saviour and Lord during our devotional time. Then, Uncle Owen, a leader from our family group, taught us on “Encountering the Presence of God”. Yet another person responded to the salvation altar call. In the afternoon, we had interest group activities ranging from leading life groups to dance and music groups. What’s even more interesting is that there were another 2 salvations in one of the interest groups. We were awestruck!

The second night is Kairos Night, which is our ministering night. Ps Laurence Lee came to share with us on the life of Daniel and exhorted our young people to be like Daniel and his friends who knew their stand and lived it. We also had an anointed time of worship and the presence of God was so tangible. A few leaders from the family and working adult group were also there to help minister. We could see such a strong inter-generational unity. It is true that when there is honour, it creates an atmosphere love, faith and facilitates the move of God. We saw many crying, raising their hands and responding to the words given. We also saw many young leaders learning to move in faith to pray for and minister to people. That night, 5 more came to know the Lord!

This camp was indeed one that is marked by God’s presence. After the camp, we heard so many great testimonies. Indeed, we need His presence and power in all that we do for His Kingdom!