On October 28th 2016 at 4pm, the once deserted four-story corner shoplot in Taman Sea came alive. Empty car parks are fully parked with cars and people were swarming in through the main door. But to the members of Hope KL, this was no surprise because the building is named Hope Lighthouse and it would be the venue for Central Northern Conference (CNC) 2016 for the next three days. Hosted by Hope Kuala Lumpur, the organisers were expecting seven to eight hundred delegates to turn up. 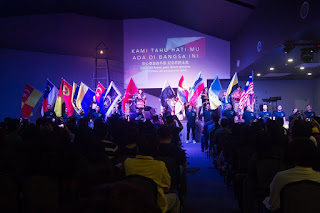 It was a Friday and not only will it be the opening night for CNC, it would also be the official opening of Hope Lighthouse. Food trucks were parked outside the building and people were lining up for the food. There were a total of eleven different centers and churches participating in this year’s CNC. Each centre blessed the church opening with flowers, a variety of food and their presence in witnessing this meaningful moment. 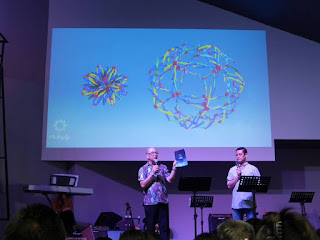 For the opening ceremony, a talented team of choir and dancers filled the stage with melodic voices and theatrical performance. Following that, a video on the idea “Multiply” was played. President of H.I.M and Senior Pastor of Hope KL, Pastor Simon Eng, stepped on stage to welcome everyone. Pastor Simon went on to explain the theme for 2016’s CNC, Multiply. The aim of putting Multiply as the theme for 2016’s CNC, was so that everyone attending will have a desire in their heart to not stay in comfort zone and reach out to the people around, and in that way, multiply. 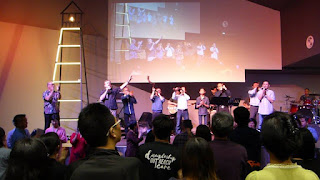 Ps Larry Kreider, founder and international director of DOVE Christian Fellowship International, was the special guest to bless the church opening and to teach the first two sessions. The author of 30 books touched on the topic of spiritual parents and after the sermon, he engaged the congregation to pray for the leaders. Pastor Larry concluded by blessing the church. 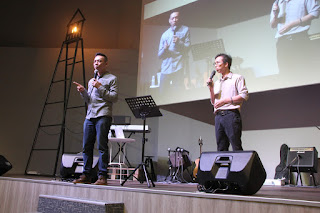 On Saturday, Pastor Jeff Yuen stood on stage and spoke in the Central Northern Convention for the first time. A tall man in his 40s, the Singaporean pastor brought a surge of energy on stage. Behind the mic, he does not restrict himself from bursts of loud hearty laughter, showing himself to be a casual preacher, as if speaking to a close friend. At the same time, he grabbed attention when he used a wide range of his voice intonation to capture the audience. 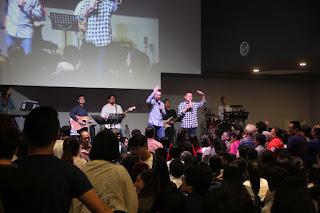 Throughout the time, Pastor Jeff and his team constantly dropped words of knowledge for specific people. By calling out names, birth dates, illnesses and pains in specific regions in the bodies, anyone who personally identified with the calls were invited to respond by approaching the team for prayer. Many whom responded to the Word of Knowledge shared how the burdens in their hearts were acknowledged and ministered to. As for the healing, the Lord’s healing graced the sick, many who had back and knee pain were relieved from the misery and they stood out to testify. 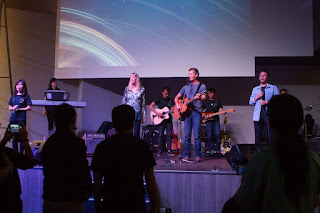 Bob and Kathy Fitts conducted two life-impacting workshops and led Sunday Praise and Worship during CNC. What stood out most was their down-to-earth, no airs and easy going personality. Bob immediately put everyone at ease with his Malaysian words like “Relak” and “Teh tarik”. All who attended, whether young or old, gravitated instantly towards the flow and lifestyle of worship this couple brought. The instant heart connection with God our good, good Father was very tangible.

At the workshop, Bob shared some Keys to Longevity in Ministry. Having a deeper awareness to see God afresh and experience His love on a daily basis is one of the keys. He explained that the human DNA is to designed to worship God and that all of creation is meant to vibrate worship to God. He went on to share that it is God’s desire for His people to become a dynasty of worshippers.

Bob also emphasised the importance of the Word of God. A believer need to desire to read and speak the Word of God especially when the enemy accuses them and puts fear in their life. It is important to note that worship is not just singing, but also meditating and living out the Word of God. 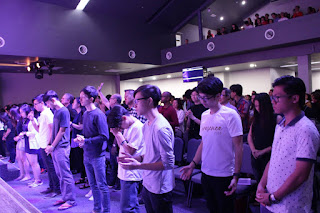 On Sunday, a special ceremony took place in Trinity hall 1 of Hope Lighthouse. Fifteen senior leaders of Hope Church marched in with state flags. Then, fifteen new generation youngsters took over the flags from the senior leaders, signifying the younger ones filling up the role of a God-fearing and Christ-like generation. This forward-looking and faith-filled ceremony concluded CNC 2016. 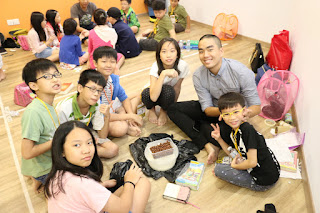 Hope Kids Conference 2016 was a blast for both the children and the teachers who each have had their own unique encounters with God at this conference. The junior children (ages 4-6) learned precious lessons through lots of hands on experience such as play dough, slime and crafts that brought the various bible stories to life. The senior children from ages 7-12 went on an exciting adventure specially created by the teachers. Through skits, sharing and science experiments, the children learnt and understood that the greatest mission is to win souls for the Kingdom of God. The worship sessions were especially wonderful, as children from different cultures, language backgrounds and states sang together in different languages with such a sincere heart of worship. Many parents commented to the teachers that the children were excited to arrive early for the conference and also encouraged their parents to do so.